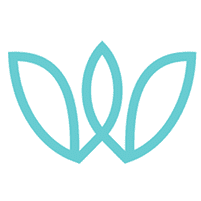 As a leading gynecologist, Dr. Ana Cha at Women’s Health Specialist of North Atlanta, offers women the most advanced treatments for uterine fibroids. If you’re looking for relief from symptoms of pain and irregular bleeding, or want to reduce your chances of pregnancy complications, call today to request an appointment, or use the online booking feature.

Uterine fibroids are noncancerous growths on the uterine wall. These tumors can range in size from being as small as a coin to as large as a melon. They can also grow on either side of the uterine wall. Several women develop fibroids during their childbearing years. Fibroids are also called myomas or fibromyomas.

What kinds of symptoms can fibroids cause?

Some fibroids cause no symptoms at all, especially if they're small. When they do cause symptoms, the symptoms may include:

What causes uterine fibroids to grow?

No one knows what exactly causes fibroids but research shows that hormonal changes can cause them to grow. Particularly, high levels of estrogen and progesterone can make fibroids grow quickly. This is why women sometimes develop fibroids during pregnancy when hormone levels are high.

How are fibroids diagnosed?

If you have a uterine fibroid, Dr. Cha would be able to diagnose it during your routine pelvic exam. If Dr. Cha feels a bump or abnormality in your uterus, she may order an ultrasound or lab test to confirm suspicion. If these tests are inconclusive, an MRI, hysterosalpingography, hysterosonography, or hysteroscopy may be required.

How are fibroids treated?

Several different treatment options are used to treat uterine fibroids. In some instances, Dr. Cha may simply recommend waiting to see if the fibroids shrink on their own. Fibroids often do shrink during menopause, when hormonal levels change. Dr. Cha might also recommend taking medication, such as gonadotropin-releasing hormone agonists or a progestin-releasing IUD to adjust hormonal levels when treatment is necessary.

In more severe instances, an abdominal myomectomy or a laparoscopic hysterectomy may be necessary. Most fibroids are benign; less than 1 out of every 1000 times a cancerous fibroid will occur.